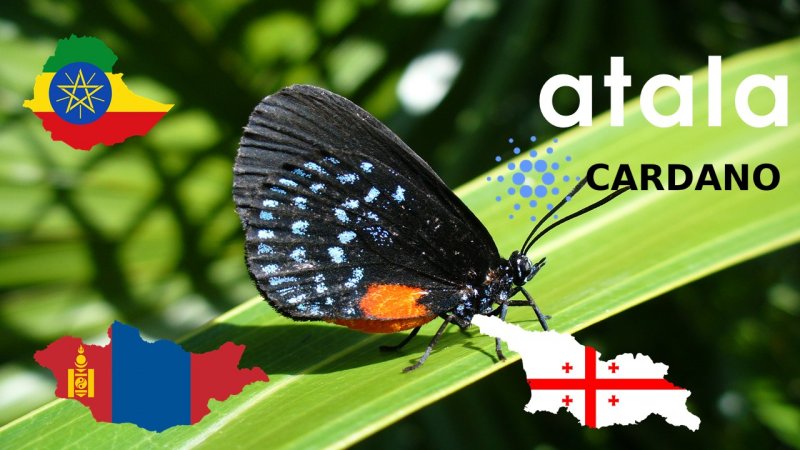 Atala is a private blockchain solution for individual countries and cities. The pilot project is the deployment of a new digital currency in the Ethiopian capital Addis Ababa. The next step will be the creation of the national digital currency in Georgia and Mongolia. This is the direction that the Cardano development team has taken to the mass adoption of cryptocurrencies worldwide.

The Atala project is a private enterprise blockchain framework to compete with private blockchain projects such as Hyperledger or Corda, which mainly uses the corporate world. But Atala will provide financial services to people in developing countries such as Ethiopia, Georgia or Mongolia.

Charles Hoskinson, CEO of IOHK, company which is developing Cardano, was one of the first people to do Bitcoin courses for people and has been around the world for some time. He is also co-founder of Ethereum. On his journeys, he asks politicians, businessmen and ordinary citizens how new technologies can help them. Thanks to this he has a very good overview of the rate of adoption of the crypt and how to increase it.

Cardano wants to increase adoption thanks to the Atala project. Atala is supposed to solve concrete real problems of people and then allow them to naturally connect with the public blockchain of Cardano and improve access and relationship to cryptocurrencies in general.

The mission of Atala is a bit different from that of private blockchains such as Hyperledger. Atala primarily wants to solve a problem for people and at the same time indirectly allow them to use cryptocurrencies. But blockchain is not a database, so there is no need for every single piece of information to be written in a publicly distributed blockchain.

Atala's goal is to connect private and public networks, connect an existing business or even entire states to a public blockchain. Publicly it makes sense to watch only what is of interest to the whole public, so Atala does not even have to be a blockchain and also will not have smart contracts.

In fact, IOHK has developed technology and has partnered with Ethiopia to use Atala for 6 million people in capital Addis Abeba. If this implementation will be successful, it can be used for all 105 million people in Ethiopia. Other countries where Atala will be applied are Georgia and Mongolia.

A new national electronic currency will be created in Ethiopia in the form of tokens on the Atala framework. Identification cards will also be included. Thanks to the new electronic payment system, it will be easier to pay for electricity or in conjunction with electronic identification cards, to purchase alcohol or other things for which they need to reach a certain age, but completely anonymously.

Another problem that Atala in Ethiopia will solve is supply chain management. Farmers in Ethiopia have particular problems, such as high levels of corruption, high fees for intermediaries and the inability to connect with end-users of their products. Even these problems will be solved by their new network on the Atala framework. Thanks to its modularity, this will not be a problem for Atala.

Atala will help the growth and adoption of Cardano and cryptocurrencies in general. By first helping to solve specific problems of individuals in developing countries such as Ethiopia, Mongolia and Georgia. Those three countries have over 110 million people in total. In addition, projects deployed on Atala will be interoperable with Cardano.

We already have functioning infrastructure and information systems in western countries, so the adoption of such projects is not so necessary and governments do not need to deploy it.